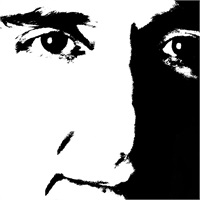 David Coughlin, CFP® was raised in suburban Detroit, Michigan.  David has numerous private and enduring client relationships with productive and responsible persons in the areas of wealth accumulation, management, and protection.

David's military service began in 1980 as a Naval Flight Officer.  His 32 years of commissioned service include multiple deployments on Aircraft and Amphibious Assault Carriers;  Pentagon Acquisition experience; and as a Senior Military Advisor in Kabul, Afghanistan with NATO Training Mission Afghanistan.  David retired from active duty as a USN CAPTAIN in 2012.

David has earned electrical and computer engineering BS and MS degrees from the University of Michigan and the Naval Postgraduate School respectively.  He is a graduate of the Naval War College, the Armed Forces Staff College, and holds FAA ratings as a commercial, multi-engine, instrument pilot.

Who is earning the minimum wage?

The following report from the Pew Research Center confronts the misleading yet prevailing narrative that single head of households earning at or near the minimum wage are a significant component of the labor force. http://www...